The RN will push 'hard' to operate the optionally crewed experimental vessel XV Patrick Blackett as an autonomous platform.

GDLS is working on a prototype that will be equipped with an advanced electronic architecture and enhanced C4/UAS, AI, robotic and communication features.

A group of Azerbaijani UAV pilots has completed training on the Akinci UCAV, although Baku has still not officially confirmed procurement of the aircraft.

Raytheon Missiles & Defense is increasingly focused on counter-UAS technologies, notably through its KuRFS radar and Coyote family of effectors.

Raytheon Missiles & Defense has developed a set of enabling technologies and customisable systems for the counter-UAS (C-UAS) mission. 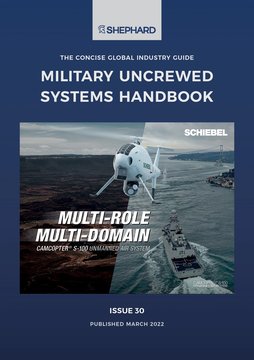