The RAF Rapid Capabilities Office is sponsoring the HVX initiative to develop a UK hypersonic platform — with a cold test of a full-scale engine expected by late 2022.

Sabre engine developer Reaction Engines expects to run a cold test of a full-scale engine this year, with hot testing starting in 2023.

The powerplant has been years in development; Shephard first spoke to inventor Alan Bond about it in 1985. Its current applications are for space launch vehicles and hypersonic vehicles for defence.

Conventional jet engines such as the powerplant for the now-retired SR-71 surveillance aircraft work well up to Mach 3, but at Mach 5 the air enters the engine at 1,000°C and therefore must be cooled. 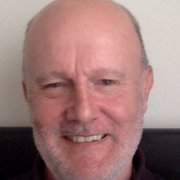