Future software-defined radar and jamming technology will be cheap to develop and difficult to identify by passive sensors using traditional databases, so DARPA is working on cognitive alternatives. (Photo: US Army)

Software-defined jammers and radars are reducing the cost of development to thousands of dollars and could force a pace of change that makes threat libraries obsolete.

'When, for a few thousand dollars, anyone can build a jammer, how are you going to use the electromagnetic spectrum?', was the question he posed. Similarly, software-defined radars can be 'super-affordable compared to traditional radars. I could build transceivers for a couple of thousand dollars. Because everything is software-defined, it can be changed very rapidly.'

For current passive sensors to recognise such radars by reference to 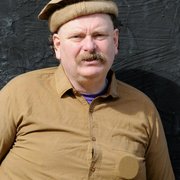