The base turret shown at Eurosatory 2022 has protection to STANAG 4569 Level 2 and weighs 4,000kg, complete with weapons and ammunition.

Main armament consists of a 35mm two-axis stabilised dual-feed cannon; as well as conventional natures of ammunition including APFSDS and HEI, it can also fire the Aselsan Atom airburst munition (ABM). 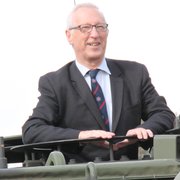