USMC Commandant takes on China (and the Marine Corps)

Some USMC commandants set their sights higher than others. One’s recent crowning achievement was to antagonise marines by forcing them to unroll their uniform sleeves and keep them down. The current Commandant, Gen David Berger, is after bigger game.

Berger is attempting to reconfigure the USMC so it can fight China’s People’s Liberation Army (PLA) and to win.

The USMC’s traditional approach to the Asia-Pacific, large amphibious forces storming ashore, is asking for trouble. Such flotillas are fat targets, as are their support bases.

Instead, Berger intends to use geography to his advantage and deploy small, mobile units of marines 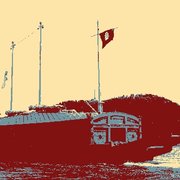