The Middle East region continues to play a major part in world politics, particularly when it comes to defence and security.

Growing threats in the region are driving defence spending and countries such as Saudi Arabia and the United Arab Emirates continue to see an upward trajectory in their expenditures.

And despite a so-called 'pivot' to the Asia Pacific, countries such as the United States still have a large presence in the region while other states such as the UK are growing their footprint through the use of foreign bases. 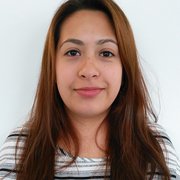 Gabriela Somarriba Rocha is a member of the video production crew at Shephard Media. She …

Richard Thomas is the Senior Editor, Naval at Shephard Media. Richard joined the company in …