The military fixed-wing sector was dominated by aircraft in 2019 with F-35, next-generation fighter aircraft and AWACs awards hitting the headlines.

Lockheed Martin’s F-35 is the world’s largest fighter aircraft programme and was the subject of the biggest story of the year as the US cancelled Turkish participation in the programme over its procurement of Russian weapon systems.

In July delivery of the first of two Russian S-400 Triumf air and missile defence systems to Ankara triggered a decision to remove Turkey, a NATO member state, from the F-35 production program, costing more than $500 million in the process to 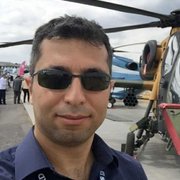 İlker is Defence Insight Manager at Shephard Media. He has over ten years of experience in …

More from The best of Defence Insight