While the Integrated Review was broadly correct in some of its assumptions, events in Ukraine have challenged the thinking behind cuts to UK capability.

Published in March 2021, the Integrated Review (IR) sets out the UK’s defence and security strategy for the future. It was closely followed by the Defence Command Paper (DCP) and the Defence and Security Industrial Strategy. Collectively, they described a shift from “mass” to smaller, lighter forces forward deployed around the globe, equipped with digitised, high-tech weaponry and able to counter the range of threats in a multi-polar and complex world.

Since the IR was published, there have been two hugely significant security events: the fall of the Afghan Government to the Taliban, and the Russian invasion of Ukraine. These 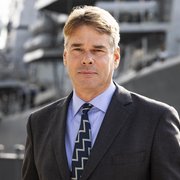