The Brazilian Air Force did not specify why it is withdrawing its 12 Mi-35M attack helicopters from service, but several factors seem to have played a part.

The Brazilian Air Force (FAB) High Command sprung a surprise on 10 February when it issued a document stating that its fleet of a dozen Mil Mi-35M Hind-E attack helicopters will be withdrawn from active service.

Defence analysts were taken aback by the announcement, given that the last three aircraft (designated AH-2 Sabre in Brazilian service) were delivered to the FAB as recently as 2014. Shephard Defence Insight gives an out-of-service date of 2050 for the helicopters. 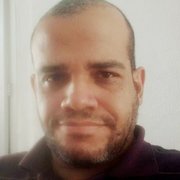