Training both military and civilian helicopter pilots, the Helicopter Academy for Training by Simulation of Flying (HATSOFF) facility in Bangalore is the only one of its kind in India.

Traditionally, the Indian military has not been an early adopter of simulator technology. Early devices fell short of the fidelity required for positive transfer of training, thus eroding the military’s interest in such devices.

However, that changed with the setting up of HATSOFF. Formal training commenced with a Bell 412 cockpit in 2010 and, soon after, cockpit modules for the Dhruv Advanced Light Helicopter (ALH) and Dauphin were added. 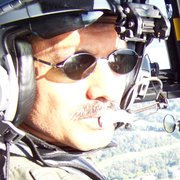