The military armoured vehicle market will grow substantially over the next ten years, from just over US$24 billion this year to more than $33 billion by 2029, new analysis has determined.

Additionally, beneath the surface there is a major shift in the segments which make up the market as a whole, according to research by Shephard Plus looking at current and future armoured vehicle procurement programmes from now through to 2029.

The key take-away from the results of the Armoured Vehicles Market Report and Forecast 2019-2029 was that the market is entering a period which will see a major shift in investment priorities.

Led by China, India, Russia, Turkey and the US, there is a collective move to invest in advanced, heavily armoured vehicles – with a particular emphasis on main battle tanks (MBTs).

Indeed, the biggest change by some distance is in the MBT segment, which is forecast to almost double over the next ten years as forces are rebalanced away from capabilities suited for insurgency and asymmetric threats to those more suited to near-peer type adversaries.

Significant amounts of this growth are expected towards the end of the decade as research programmes underway now are translated into full programmes.

This will not directly impact procurement in the short-term, but lays the foundation for a number of capabilities to be delivered under the Next-Generation Combat Vehicles (NGCV) programme.

In other parts of the world spending is also expected to rise, with India’s Future Ready Combat Vehicle (FRCV) programme the largest single opportunity. An RfI was released in 2017, but the programme is not expected to be in production until the mid-2020s at the earliest.

At the other end of the weight spectrum there is substantial demand for reconnaissance/patrol/special operations vehicles, reflecting both the increased performance that can be delivered by lighter vehicles and demand for increased mobility where more heavily armoured vehicles may not be suitable.

While heavy and light vehicles take the spotlight, other segments will have more mixed fortunes.

The wheeled APC/IFV category (primarily 8x8 and 6x6 vehicles), which is currently the largest segment, is likely going to peak in the early 2020s and then fall away for a period.

The 8x8 category in particular has grown substantially in recent years and that has resulted in a situation where most major requirements are either in bid or have been awarded.

Perhaps unsurprisingly the area where we see the biggest fall-off is in the MRAP segment.

While MRAPs will remain a useful nice capability, there are now enormous volumes of second-hand vehicles available and the key technologies, such as the famous V-shaped hull, are increasingly integrated into other types of platform. 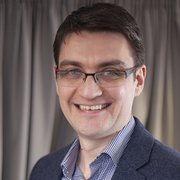 More from The best of Defence Insight