Facts on the ground contrast sharply with the grand ambitions enshrined in UK defence strategy.

Twenty years after the tragic events of 9/11, which set in motion a chain of events resulting in the West invading Afghanistan to put in place a democratically elected Government, the Taliban have returned to Kabul in triumph.

Following the near-total collapse of Afghan security forces, the Taliban took control of the country and its capital, leading to a major international evacuation operation and the final departure of international forces from the country.

For the UK, this mission (known as Operation Pitting) has been the largest non-combatant evacuation operation (NEO) conducted in decades, representing a major commitment of 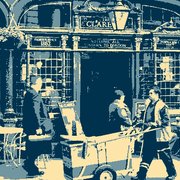