Pentagon and Ligado clash over claims of satellite interference

US Army soldiers setting up a satellite terminal during a tactical network integration exercise in February 2022. (Photo: US Army/Capt Detrick Moore)

A new commercial 5G mobile broadband scheme from Ligado Networks has raised hackles in the DoD, which argues that it encroaches on parts of the L-band spectrum that are essential for military SATCOM and GPS operations.

The licencing proposal from Ligado was approved by the Federal Communications Commission (FCC) in 2020, prompting the Pentagon to block it.

Press reports in September 2022 indicated that the company’s network could be operationalised as early as October — but a recent DoD-backed study from the National Academies of Science, Engineering and Medicine (NASEM) outlined multiple problems. 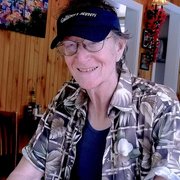