ROKS Namhae was formally handed over to South Korea’s navy on 19 November. (DAPA)

South Korea is building three additional minesweepers, with the first recently handed over to the navy.

As part of efforts to enhance mine countermeasures capabilities, especially around major ports, the Republic of Korea Navy (ROKN) has received the first of a second batch of three Yangyang-class minesweepers ordered by Seoul in November 2010.

Named Namhae (MSH 575), the 59.4 m-long vessel was handed over by the Defense Acquisition Program Administration (DAPA) on 19 November and is expected to enter operational service following a three-month evaluation period.

Built by Kangnam Corporation in Busan, Namhae was launched in April 2020 – more than 15 years after the last minesweeper of the first batch was commissioned. 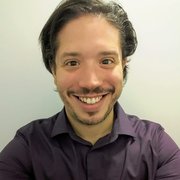 Born in the Dominican Republic, Gabriel Dominguez grew up in Germany and studied communication and political …