The scene at Berdyansk on 24 March. (Photo: Ukrainian MoD)

As the Russian Navy assesses the damage from explosions and ship fires at the occupied port of Berdyansk, the strategic consequences for the Black Sea Fleet could be severe.

Video footage has emerged on social media of explosions and ship fires at the Russian-occupied port of Berdyansk.

The Ukrainian MoD claimed on 24 March that the Alligator-class (Project 1171) LPD Saratov ‘was destroyed’ by a Tochka-U ballistic missile attack, although there is no independent confirmation that this was responsible for the explosions and fires.

Based on visual evidence of an initial fire and secondary explosions, an alternative theory was that a munitions-handling failure has occurred.

There were unconfirmed reports that other LPDs (one Alligator-class ship and two Ropucha-class vessels, Tsesar Kunikov and Novocherkassk) have also been damaged. 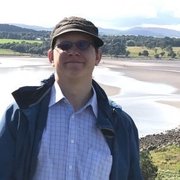 Ben Vogel is News Editor for Shephard Media. He has almost 20 years' experience in …