Warsaw announced the signing of the letter of offer and acceptance for Patriot on 28 March under Phase I of the ‘Wisla’ programme, a development that locks Poland into the global supply chain for the system.

Poland’s purchase of the combat-proven Patriot would ‘absolutely enhance the security’ of the country, according to Wes Kremer, president of Raytheon Integrated Defense Systems.

‘Poland will now become the seventh NATO member and 15th nation overall to become part of the Patriot family. This is the most capable air defence system in the world and it will give them integrated operating capability with other NATO countries and provide enhanced security, not only for Poland but also the NATO alliance,’ he explained.

‘The offset agreement that was signed allows the maximum extent of technology transfer allowed by US law. So, it’s a huge deal that is going to create a lot of jobs not only in Poland but also in the United States. But more importantly it allows Polish industry to now become part of the global supply base for the Patriot system,’ Kremer added.

A ten-year offset agreement with Raytheon was announced by Poland’s Defence Minister Mariusz Blaszczak on 23 March, which will include technology transfer that will ‘strengthen the capacity of the Polish defence industry’.

This arrangement reduces reliance on outside suppliers and meets Poland’s stringent offset requirements, and also means that domestically manufactured Patriot components can potentially be exported to the other 14 customers for the system worldwide in the future.

Raytheon is ultimately aiming to have 50% of the Patriot programme remain in Poland across Phase I and II, explained John Baird, VP of Poland programmes for Raytheon Integrated Defense Systems.

Several Polish companies under the state-run PGZ armaments group have already been earmarked for domestic production of Patriot items.

Poland has stated it intends to introduce a number of enhancements under Phase II of the programme, including the SkyCeptor missile, which will be assembled in Poland by Mesko; additional Patriot fire units; a 360-degree GaN AESA radar; and Polish unique sensors integrated into the IBCS command and control architecture – although the final configuration remains under negotiation.

The 2010 visit was the first time a US missile system had come to Poland for a rotational training programme intended to familiarise the Polish armed forces on the Patriot system. (US Army photo)

US Army soldiers familiarise members of the Polish military on how to conduct preventive maintenance on the Patriot missile system in Morag, Poland, in 2010. (US Army photo)

The 2015 demonstration consisted of experts from the battery, briefing visitors on equipment purposes and capabilities. (US Army photo)

The 2015 visit helped to strengthen and maintain the strong partnership with Polish forces by providing them with first-hand knowledge of air defence capabilities within NATO. (US Army photo)

Soldiers signal the area is clear while emplacing the Patriot radar set during Panther Assurance, an interoperability deployment readiness exercise in 2016 at Skwierzyna, Poland. (US Army photo) 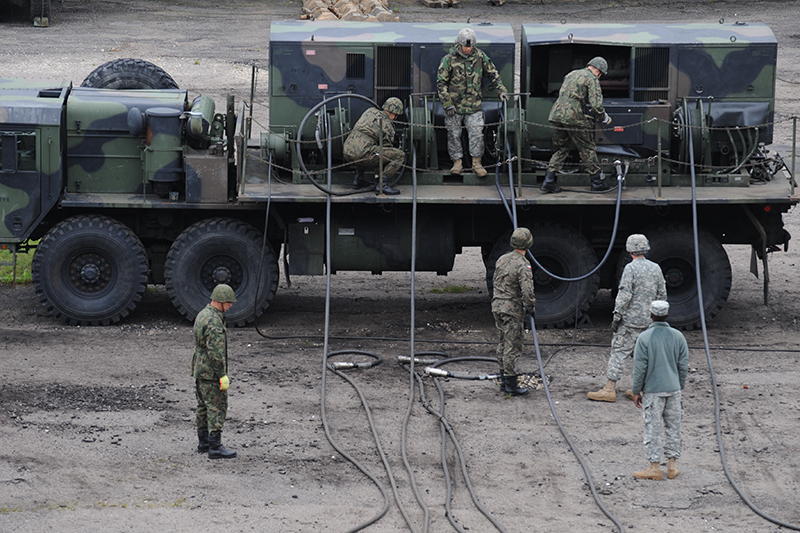 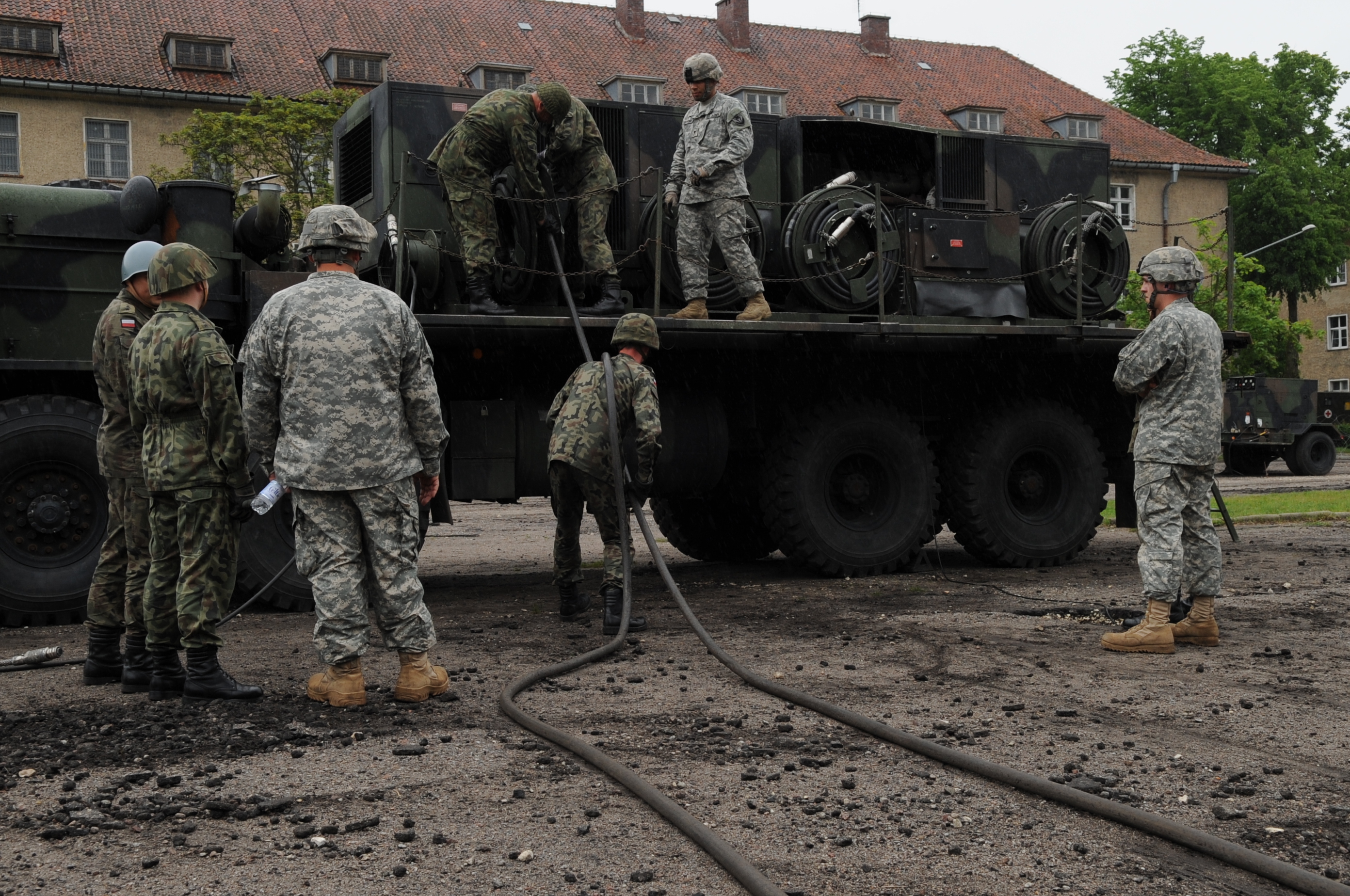 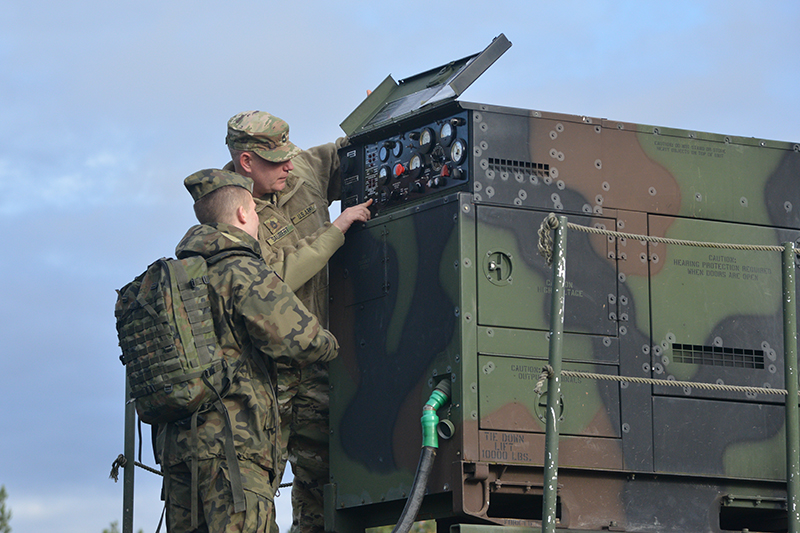 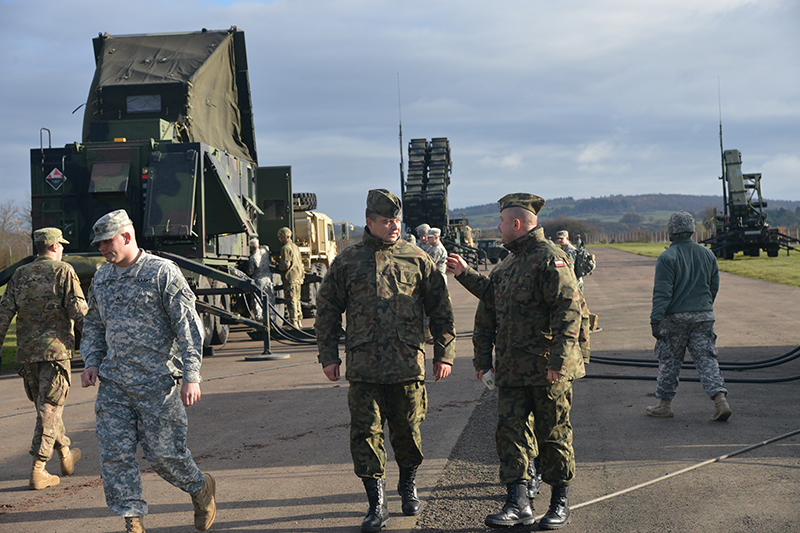 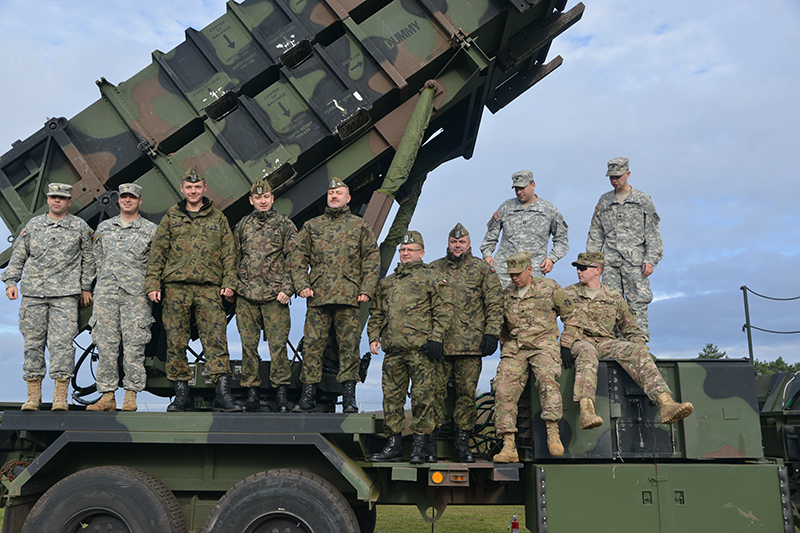 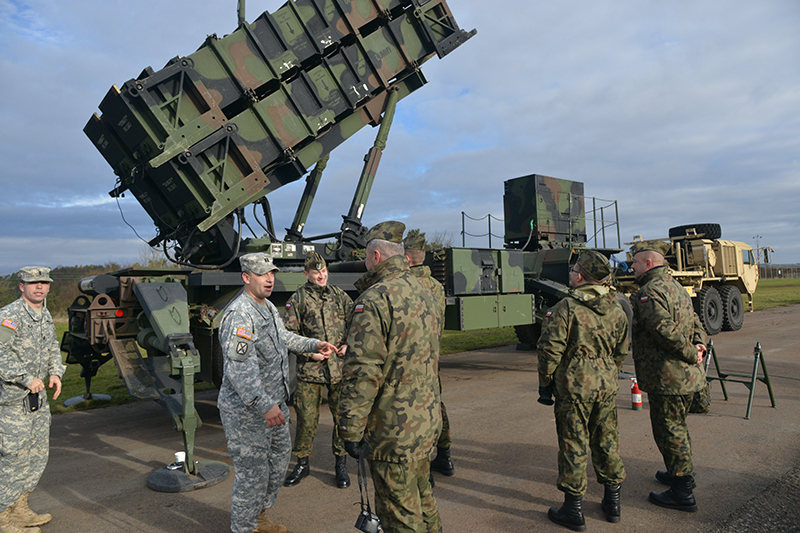 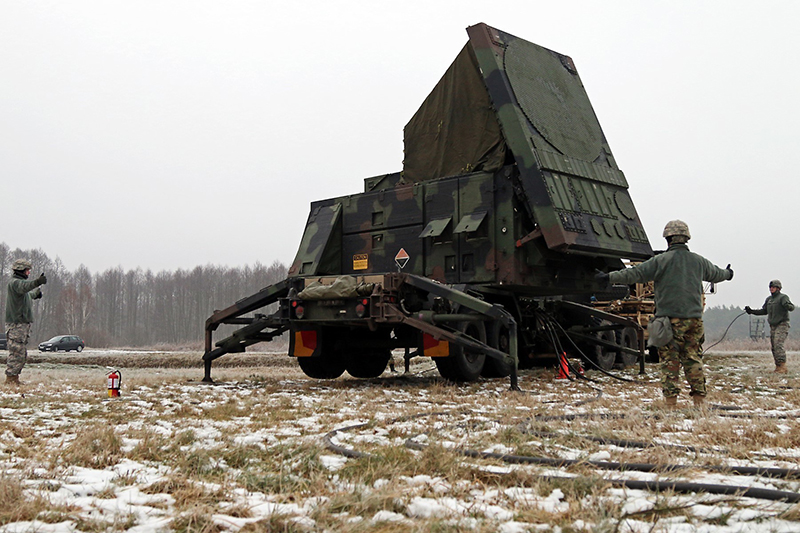 With the Patriot partnership now standing at 15 nations – and Sweden set to become the 16th following its recent FMS request – the user community is able to share operational lessons learned, interoperability techniques and joint training.

‘These nations all get the benefit of the upgrades and with the threat constantly evolving, it enables them to continue to evolve Patriot and they don’t have to pay the whole cost of all the research and development, and modernisation to keep Patriot ahead of the threat. It can be shared out across the entire partnership,’ Baird added.

As well as becoming versed in US FMS processes and procedures, PGZ will benefit from the experience gained in large-scale development and production, programme management and system integration.

Such a mutually beneficial, long-term partnership mirrors the well-trodden path of Raytheon’s partnerships with Kongsberg in Norway and Rheinmetall in Germany, with Raytheon working with a European company to ultimately become partners on the global stage.

‘One of the key benefits is that they become an integrated part of our supply chain, so that all of the new elements that we develop and build can be easily exported out of Poland through to the other Patriot partner nations, through Raytheon. So, it becomes a very key export opportunity for Poland,’ Baird explained.

‘Our goal is to work with Polish industry so they can be self-sufficient and maintain their system in the longer term, but also so that they become a key defence industry in Europe. That's part of our goal. We expect to be in a long-term partnership with Poland, both the government and industry for many, many years. And that's the way Raytheon works – we build the partnerships that last long-term.’

Brought to you in partnership with Raytheon.