Defence Insight - All about the Ajax

RSS
The Ajax family of tracked vehicles is being procured by the UK MoD to replace the remaining legacy Combat Vehicle Reconnaissance (Tracked) (CVR(T)) in service with the British Army.

In 2014, General Dynamics UK (GDUK) was awarded a £3.5 billion ($4.3 billion) production contract for 589 vehicles in six variants. While the prototypes and first 100 production vehicles will be wholly assembled in Spain, assembly will be progressively transferred to a GDLS facility in the UK.

The first production Ajax vehicles were delivered to the MoD in December 2018. All 589 Ajax were planned to be delivered by 2024, but this appears to be increasingly unattainable due to delays and cost overruns caused by production issues that are anticipated to cause the programme to be re-baselined.

Under its $4.3 billion production contract, GDUK will provide 589 Ajax to the British Army.

These will be delivered in six different variants: 245 turreted Ajax variants with 198 configured for reconnaissance and strike, 23 for joint fire control and 24 for ground-based surveillance; 256 Protected Mobility Recce Support (PMRS) variants consisting of 59 Ares APCs, 112 Athena command and control vehicles, 34 Ares for formation reconnaissance overwatch, and 51 Argus engineer reconnaissance vehicles; and, 38 Atlas recovery and 50 Apollo repair vehicles, both based on the PMRS.

The first 100 vehicles have been largely assembled in Seville, Spain, with a driveable base vehicle delivered to Wales for specialist equipment to be installed. The remaining 489 vehicles, however, will see the commencement of full assembly, integration and testing (AIT) carried out at GDUK's facility in the UK.

On the Ajax programme, the demonstration phase and manufacturing phase will overlap, meaning that early production vehicles will have to be brought up to a full production standard once testing is complete.

GDUK delivered the first two Ares variants of the Ajax family to the British Army in December 2018. The first examples of the rest of the variants of the Ajax family, including the turreted Ajax, were scheduled to be delivered to the British Army by the end of 2019. This would enable the first squadron of approximately 20-25 vehicles to become operational.

However, in January 2020, the MoD disclosed that the first deliveries of the other Ajax variants had been delayed due to integration difficulties.

In July 2020, the first six Ares APCs were officially handed over to the British Army's Household Cavalry Regiment. Upon this delivery, a spokesperson confirmed to Shephard that deliveries of the remaining vehicles would take place between 2020 and 2025.

Seven Ajax variants had entered service with the British Army, with four more awaiting delivery as of October 2020. Three turreted Ajax were in final acceptance trials and a further 59 vehicles were waiting to go through the acceptance process.

As of May 2021, the UK Government confirmed that 14 non-turreted Ajax variants had been delivered to the British Army, while 12 Ajax turreted variants were also undergoing testing.

According to evidence given to the UK government's Public Accounts Committee in May 2020, the first batch of Ajax vehicles that were supposed to be delivered by the end of 2019 were deemed to be unready for delivery by the MoD.

The Times reported in May 2021 that in the year to April 2021, GDLS-UK was paid £577 million ($817.214 million) for the Ajax programme, despite delivery delays. It is claimed that the Ajax platform encountered issues with noise and vibration during testing that hinder effective training with the vehicles and that these issues cannot be rectified in the near-term future. The MoD subsequently confirmed that training with the vehicles had been delayed for a period of six weeks in early 2021, but that IOC was still scheduled for summer 2021.

However, it has been reported that the MoD is reportedly planning to issue a notification to the Public Accounts Committee informing it that it will reassess the programme. This indicates that the programme is expected to encounter delays to its scheduled IOC of July 2021 or cost overruns. Further details concerning what this may entail for the programme have not been disclosed.

Excerpts from a classified report published by the UK government's Infrastructure and Projects Authority (IPA) also indicate that the programme is assessed to be unachievable with its current delivery timeline and budget and that it foresees a need to re-baseline the programme. According to the report, even with the most optimistic schedule proposed by GDUK, FOC is unlikely to be obtained by 2025.

The publicly available excerpts from the report did not indicate what was the most likely schedule for deliveries, nor how much the programme's budget may have to change if it is re-baselined.

Trials with the Ajax were paused for the second time in June 2021 after more troops reported hearing loss after operating the vehicles. An investigation into the issue by the MoD is expected to be completed by the end of July 2021.

In a statement published in September 2021, the UK's Minister for Defence Procurement explained that testing and training on the Ajax remained paused, though trials to identify the root causes of the noise and vibration issues were expected to begin imminently.

The minister confirmed that no declaration of IOC will be made until solutions for these issues have been proposed.

The statement also claimed that a realistic timetable for delivery of the Ajax cannot be determined until design modifications to the platform have been implemented. 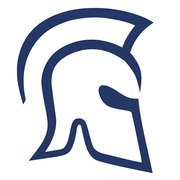 The latest data insights and analysis brought to you by our dedicated Defence Insight Team, …