Behind the maiden deployment of the UK Carrier Strike Group to the Indo-Pacific are a multitude of efforts carried out by the RN, the MoD and industry to ensure the mission is executed with interoperability between vessels.

When the UK Carrier Strike Group (CSG) set sail from Portsmouth on 1 May for its maiden deployment, it marked the beginning of Britain’s new hunt for allies and partners in the Far East.

As announced by the MoD on 31 March, some international ships will also accompany the task force: the Dutch De Zeven Provinciën-class frigate HNLMS Evertsen and the USN Arleigh Burke-class destroyer USS The Sullivans 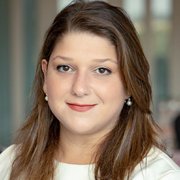