European Union authorities are expected to extend the mandate of EU Naval Forces to continue their Operation Atalanta patrols off the East Coast of Africa over the next few weeks.

The current mandate of the European Union Naval Force Atalanta (EUNavfor) lasts to the end of this year and drop in piracy in waters off the Horn of Africa could prompt a rethink. However a recent attack some 300 miles off Somalia on a Korean-flagged chemical tanker, despite having an armed security team on board has raised the spectre that piracy gangs are resuming operations.

EUNavfor was launched in December 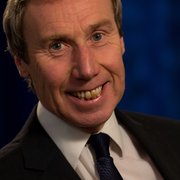