The system comprises the Oerlikon Skyshield radar as the alerting, acquisition and tracking system and the new Denel Dynamics vertically-launched Cheetah missile.

It is designed to protect an area 2.5km x 2.5km against incoming weapons, including supersonic missiles, and is intended to engage and destroy such weapons at ranges between 500m and 6 000m, with the Mach 2 Cheetah missile reaching 4 000m in 6 seconds. 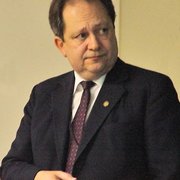 Helmoed Römer Heitman has written and lectured on defence since 1978. He played a background …