This article is brought to you by Bittium

The tactical radios are a result of a long history in research and development in software defined radios as well as deployment of tactical networking solutions. Following the success of the Bittium TAC WIN as a wireless backbone network for modernizing tactical communications, the new tactical radios expand the product offering to individual soldier and vehicular level tactical radios. This enables bringing broadband data transfer and voice to all mobile troops starting from brigade level and all the way across the battlefield. 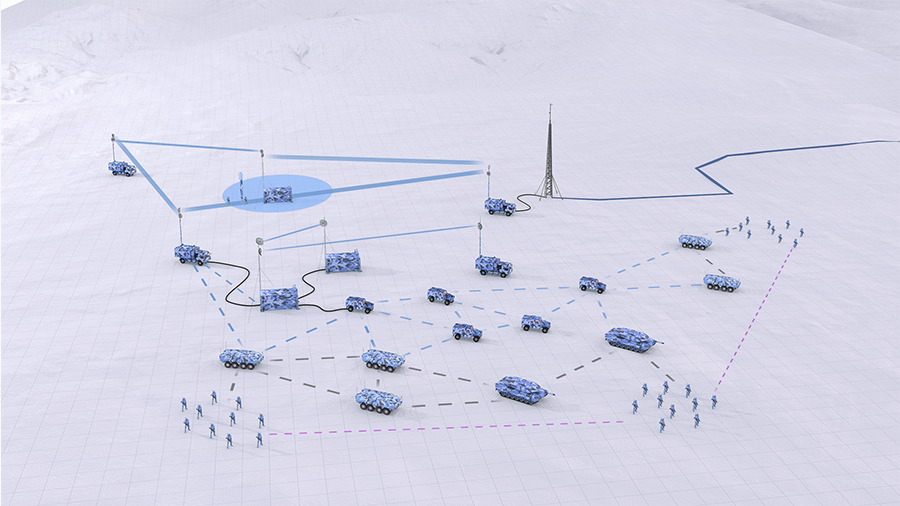 The Tough SDR radios can be used stand-alone or together with the TAC WIN network to produce and share real time situational awareness, including location, image, voice, video, and sensor data. This improves the performance and the effectiveness of the tactical troops, and leading the troops is easier based on the up-to-date situational awareness and more reliable connections.

The two radio platforms are provided with a set of waveforms. They can be used with the wideband Bittium TAC WIN Waveform™, already operational with the Bittium TAC WIN system, and the proprietary Bittium Narrowband Waveform™. The third option is to use the ESSOR High Data Rate Waveform, also for coalition operations. Bittium has been a national champion in the European Secure Software-defined Radio (ESSOR) programme since its beginning in 2009. Currently the programme is focused on enhancing the operational capabilities of the ESSOR waveform. With the waveform, broadband data transfer, cooperation and direct communications between different national troops are made possible.

The handheld and vehicular radios can flexibly use the most appropriate waveform considering the conditions and the mission. Using several waveforms, even simultaneously, improves compatibility and enables operations on different levels and missions. Waveform portability allows seamless porting of legacy or national proprietary waveforms with national COMSEC and TRANSEC.

The Bittium Tough SDR Handheld radio provides voice and data over the widest frequency range, from 30 MHz completely covering to 2500 MHz, for the individual soldiers such as squad or platoon leader. The uniquely wide range of frequency bands improves combat survivability significantly.

The radio is a perfect match for replacing legacy CNR in service with different defence forces. It will help to modernize the tactical communications infrastructure by bringing data-on-the-move, improved situational awareness and C2 applications to dismounted troops, not forgetting the best-in-class user interface and usability for easy operation.

Managing the devices on the field is made easy with tactical device management suite allowing operators for example to configure the radio over web interface and conduct remote SW upgrades. The radio also has a secure application sandbox that provides flexibility for integration of different C2 applications, such as BMS and blue force tracking and other customer proprietary configurations.

The up to EUR 10.5 million purchase agreement includes additional purchase options valued up to EUR 207 million. Accordingly, the Finnish Defence Forces have an option to buy additional tactical radios and related accessories, training and system management for the Army, Air Force and Navy.

The radios will cater to a highly mobile force structuring a resilient, adaptive and secure network.

Bittium has also supplied the Tough SDR Vehicular radios together with the ESSOR HDR Waveform to the pilot vehicles of the Spanish Army’s VCR 8x8 vehicle programme. In addition, deliveries to the Estonian Defence Forces commenced at the end of 2019. In Estonia, delivery of Bittium Tough SDR radios and Bittium TAC WIN system’s products continues the reform that improves the Estonian Land Forces’ IP data transfer capability and availability. Modernization of tactical communications will take place also in Austria where the Bittium TAC WIN system has been selected as the new IP-based tactical communications system for the Austrian defense forces.

The seamlessly interconnected, reconfigurable family of tactical radios is offered to customers around the world. The radios will cater to a highly mobile force structuring a resilient, adaptive and secure network. Together with Bittium TAC WIN, the whole portfolio reflects a design philosophy towards improved usability, ease of maintenance and zero-configurability.