X-Fronter marks the spot for strike and reconnaissance missions

The X-Fronter reconnaissance UAV/loitering munition — the rods were for display purposes only. (Photo: Grzegorz Sobczak)

New mini-UAV from Polish manufacturer WB Group is designed for reconnaissance missions but it can also function as a loitering munition with small thermobaric, shaped charge or high-explosive warheads.

Polish manufacturer WB Group recently unveiled a new mini-UAV that can be flown for ISR and loitering munition combat missions.

Called X-Fronter, the UAV has an MTOW of 1.15kg with a 350g payload in its standard configuration.

X-Fronter can be hand-launched, thrown or used with optional landing gear. An operator can control the flight directly or create a flight path mission that is followed semi-autonomously. The anti-collision system aboard X-Fronter can be turned off for strike missions. 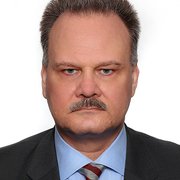