The VURAL radar jammer has entered service with the Turkish Army. This new system is complemented by the ILGAR jammer which targets hostile communications systems. (Photo: Aselsan)

The Turkish Army seems to have followed where the Turkish Air Force led in communications jamming.

Military officials in Turkey have been generally tight-lipped about progress in developing new offensive EW capabilities, but Ismail Demir, head of the national defence procurement agency SSB, revealed via social media in late December 2021 that Aselsan has begun deliveries of its VURAL electronic attack system to the Turkish Army.

Local reports say that VURAL is designed to attack hostile radars. It was developed as the result of a requirement for a radar jammer under the REDET-II project, and will complement Aselsan’s ILGAR communications electronic attack system that was delivered to the Turkish armed forces last year. ILGAR is 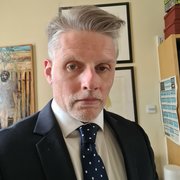