RSS
USSOCOM and an undisclosed European specialist unit place orders for the land-based 2.75in rocket launcher.

This article is brought to you by Arnold Defense.

Arnold Defense, the St. Louis based manufacturer of 2.75-inch rocket launchers, is pleased to announce the receipt of two major orders for their unique FLETCHER Land Based, Laser Guided Rocket Launcher. The FLETCHER 2.75-inch/70mm weapon system was first unveiled in 2017 at DSEi in London.

Arnold Defense is unable to disclose specific details regarding the new contracts in place however, one of the two orders has come from USSOCOM and the other is from an undisclosed European specialist unit. The timings, numbers, configurations and concepts of use are different for each customer, but Arnold and their integration partners will be delivering a combination of single (4-round) vehicle-mounted FLETCHER systems, as seen on display at numerous exhibitions and a new and unique twin-mounted (8-round) FLETCHER variant. Vehicle and static mounted FLETCHER systems give the user the ability to accurately engage targets from the ground at a range of over 5km.

Since the launch of the concept in 2017, FLETCHER has been showcased at a number of international exhibitions, generating exceptional levels of interest whilst Arnold Defense have continued with an ongoing development and investment program to broaden and prove the system’s already revolutionary capability. In April 2019 Arnold Defense announced the placement of the very first ‘proof of concept’ order for FLETCHER. In June of this year, BAE Systems announced the successful live firing of their APKWS® laser-guided rockets using the FLETCHER ground-based launcher. Arnold Defense are also working on some other revolutionary development projects for FLETCHER including a boat-mounted marine variant and further development of their 23-round MLHS ground-based system, first unveiled at DSEi in 2019. 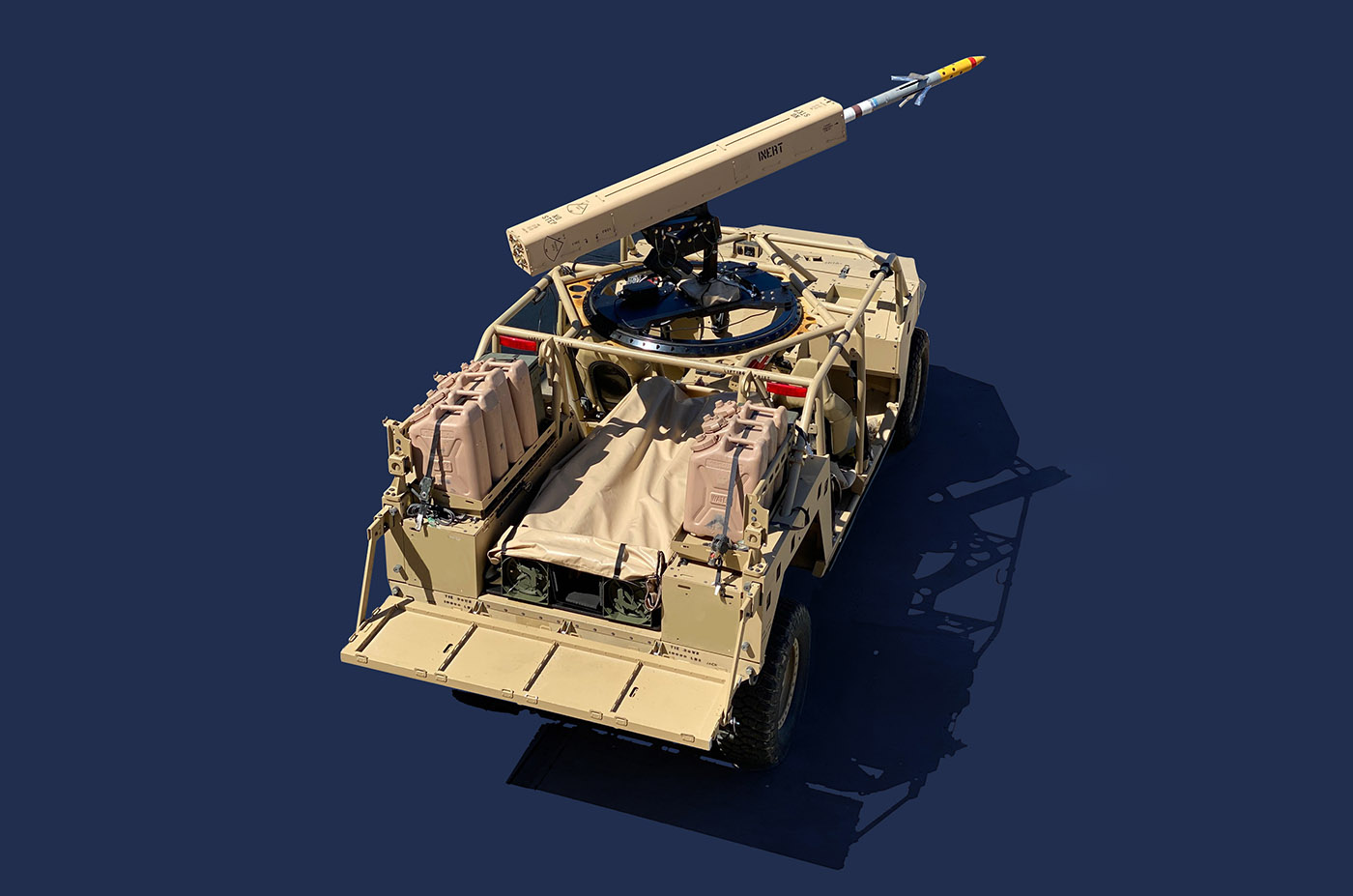 With FLETCHER, Arnold Defense has made a bold departure from the traditional concept of use for 2.75-inch rocket systems; that of an area suppression weapon delivered by aviation assets.  Arnold’s innovative approach FLETCHER using advanced rocket-guidance technology to utilize ground-based launch platforms, meeting the demands of modern, vehicle-mounted and dismounted asymmetric warfare.

FLETCHER’s unique design allows for ease of operation, maintenance and sustainment.  It employs an existing suite of guidance modules, rockets and warheads, already used in well-known programs and readily available to global forces. As a result, the FLETCHER system is ‘rocket agnostic’ allowing the user to fire their existing in-service 2.75-inch rockets of choice.

Doug Wallace, recently appointed President at Arnold Defense said, “Arnold Defense is delighted to have signed these two contracts to supply our supremely capable FLETCHER surface-based rocket launcher.” He added, “FLETCHER has generated huge interest globally with its unique capability to deliver organic, long-range precision firepower to even the smallest tactical element.  It is great to see serious international interest developing into firm orders and we’re expecting much more to follow.”

Arnold Defense has manufactured more than 1.2 million 2.75-inch rocket launchers since 1961 for the U.S. Army, U.S. Navy, U.S. Air Force and many NATO customers. They are the world’s largest supplier of rocket launchers for military aircraft, vessels and vehicles. Core products include the 7-round M260 and 19-round M261 commonly used by helicopters; the thermal coated 7-round LAU-68 variants and LAU-61 Digital Rocket Launcher used by the U.S. Navy and Marines; and the 7-round LAU-131 and SUU-25 flare dispenser used by the U.S. Air Force and worldwide.

Today’s rocket launchers now include the ultra-light LWL-12 that weighs just over 60 pounds (27 kg.) empty and the new Fletcher (4) round launcher. Arnold Defense designs and manufactures various rocket launchers that can be customized for any capacity or form factor for platforms in the air, on the ground or even at sea.

Arnold Defense maintains the highest standards of production quality by using extensive testing, calibration and inspection processes. Their employees’ focus on quality earned Arnold Defense the prestigious ISO-9001-2015 certification from the International Organization for Standardization in Quality Management, and they have maintained annual recertification consecutively since 2003. The Company, located just south of St. Louis, Missouri, employs professional fabricators, welders, electronic engineers and quality control experts who manufacture thousands of rocket launchers annually and earned the “Small Business of the Year” award from Lockheed Martin in 2013.

Arnold Defense is committed to manufacturing the world’s most reliable and affordable rocket launchers. Through their innovation, integrity, dedication, technical expertise and warfighter-first focus, they continue to produce the very best rocket launchers in the world.