The US Navy’s new multi-billion dollar airborne electronic warfare programme - the Next Generation Jammer-Low Band - will give the US military the ability to target ground forces and disrupt the sort of innovative and effective tactics Russia employed in 2014 with devastating effect against Ukrainian forces, according a defence analyst.

Brad Curran, electronic warfare expert at the research and consulting firm Frost & Sullivan, said the NGJ-Low Band programme, which the navy launched last month, aims to give the EA-18G Growler ability to do much more than of enemy air defences. 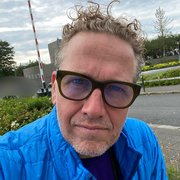