The newly released technology is an 'entry level version' of its Blighter B400 Series Doppler radar, which is a ground surveillance radar, which is being targeted for critical infrastructure and perimeter protection.

According to a statement released on September 5, the new version of the radar delivers all the benefits of a Doppler radar, but at a lower price per km².

Mark Radford, CEO of Blighter Surveillance Systems, said: ‘Our engineers have optimised the design of the new radar, 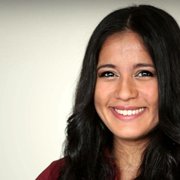