The Indonesian Navy has purchased the latest version of the Thales TACTICOS combat management system, to be installed on its new Perusak Kawal Rudal (PKR) Sigma Class Corvette.

Speaking at the DSEI conference in London, Boudewijn Geerink, business development manager, naval systems for Thales, told journalists that Indonesia had signed a formal contract for the MK4 system for its new frigate, with the probable option for a second at a later date.

The SIGMA 10514 guided missile frigate was purchased by Indonesia in 2012 as part of a modernisation of the Indonesian Navy, and is slated for delivery in 2016. 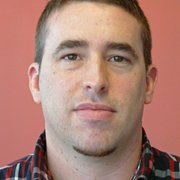